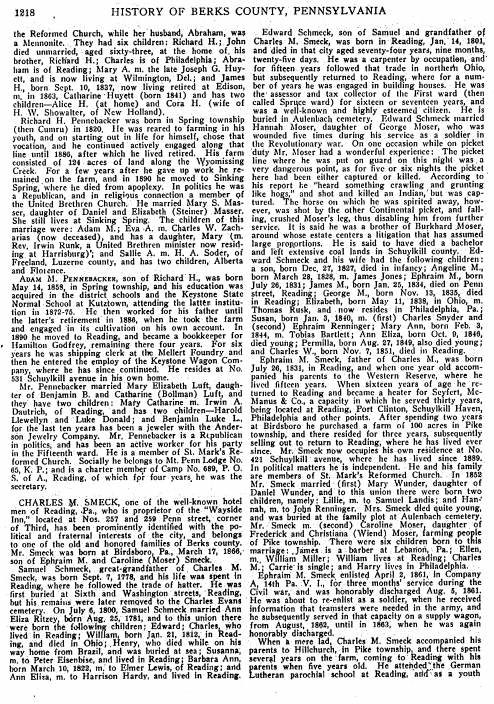 Brick walls can stop you dead in your tracks, seriously put you and your research permanently on hold in a certain line. They can be breached. Break them down, climb over them, walk around them, tunnel under them, auger through them or dismantle them brick by brick, all research paths. Climbing over them is using someone else’s research, easy but you don’t know if you came over the right section of the wall until you check the steps and logic for yourself; walking around them is using lateral research into siblings; tunneling would be going forward one or two generations to answer a question back in time or backwards one or two generations to answer a question forward in time; carving a hole through the center or augering through a section to prove and or disprove a various theories is exploring an hypotheses or two; breaking them down is taking every brick individually inspecting it for clues until you have the whole wall down.

The easiest and scariest path is vaulting over the top of the wall on someone else’s research. Like a mom saying “because I said so,” with my mom that would have been a good path, most of the time. However not when we were circling the kitchen island at five thirty trying to get her attention about whatever we thought was the most important thing of the day, while she was trying to get dinner on the table for six, at six, the bewitching hour. The point, even great sources have bad times. Don’t trust links to the next generation blindly. Any time you find a linked genealogy which interests you, check it out. Look for sources. Evaluate the sources. Check the dates. Email the author and ask about the specific proof for the specific link. I once asked about a source for a middle name and the researcher told me that Pennsylvania Germans used the mother’s maiden name for the sons’ middle names. While in that particular case, I think the mother’s maiden name was that one son’s middle name, her saying so didn’t make it true, I still don’t have the proof I need to add it in to my research. I was hoping for something like a confirmation record from a different church with it spelled out since the baptismal record didn’t have it. Check the logic. I reviewed a census example the other day I was going to use as an illustration and I didn’t like the logic. The facts seemed right, but I have to redo the research with fresh eyes and a clear mind, to see if the logic wins out.

Linked genealogies come in all sorts. Between 1880 and 1920, there were county history books, sometime called mug books, published all over the country. Montgomery’s Historical and Biographical Annals of Berks County, Pennsylvania published in 1909 is an example. A volume of history and a volume of donor submissions about specific families. I researched this set at Western Reserve Historical Society Library years ago and found Charles M. Schmeck submitted a ten paragraph article full of information, the first and last four paragraphs were about Charles and one of his brothers printed on pages 1218 and 1219. Those contain many names and facts that have been verified; the second paragraph is about some of Charles Schmeck’s great grandparents; three of the spouses names in that paragraph are just wrong.

During the rush of genealogical interest from the Bicentennial, piles and piles of family group sheets were sent back and forth across the country, mailed in lovely large manila envelopes, requiring extra postage. I knew if I received a nice thick one, it was bound to have information in that was new to me. Once again, the information about the subject/author was great stuff, that about parents, pretty good and grandparents pretty accurate, but getting past that I was relying on someone else research. Sometimes, there were accompanying sources and notes and sometimes just pages and pages of family group sheets with no sources. Then you could begin the long arduous process of becoming acquainted long distance, trying to find out if you and that researcher had the same style, ideas, reliance on sources, etc. to see if trading research ideas was a fruitful or fruitless path.

Nowadays this is done on the Internet, by email and is so much more immediate, but the answers are still the same. Can you agree with and follow, much less believe, any particular contact’s information? I know a woman who decides by researcher, if she knows that person she will believe anything she posts. A friend, Ruth Ratliff, might believe all that I researched and wrote, but I’ll bet she would still check the facts for herself, because she has seen me type. In turn, I would use her work for clues anytime. I am more apt to decide does a person research or regurgitate other people’s work and ideas. It really doesn’t matter to me if I know the person or not. For anything other than the immediate family, I want to know the sources of the information and I want to see if it was from the marriage record in Book 12 p. 43 of Some County, Some State, not cousin Bernard’s Ancestry Family Tree, not family recollection. At the same time, family recollection might work if the marriage was 4 July 1876, who could forget that? Examine and qualify each piece of data and compare it and contrast it to what you found. A source of 1900 census data for a birth date of March 1862 sounds reasonable. If that date is 16 March 1962, that source becomes suspect since most (but not all) 1900 census did not have the exact date of birth. Enjoy all the facts, suspect all the facts, use all the clues and work those linked genealogies, no matter where you find them.

Brick walls surmounted by the other methods involve much more work on your part and you will likely have a much better sense of the adequacy of the solution. Linked genealogies are all over the Internet, and are only as strong as their weakest link. Those without attribution or sources are pretty valueless. Those with sources can be checked and the research paths recreated if they hold up.