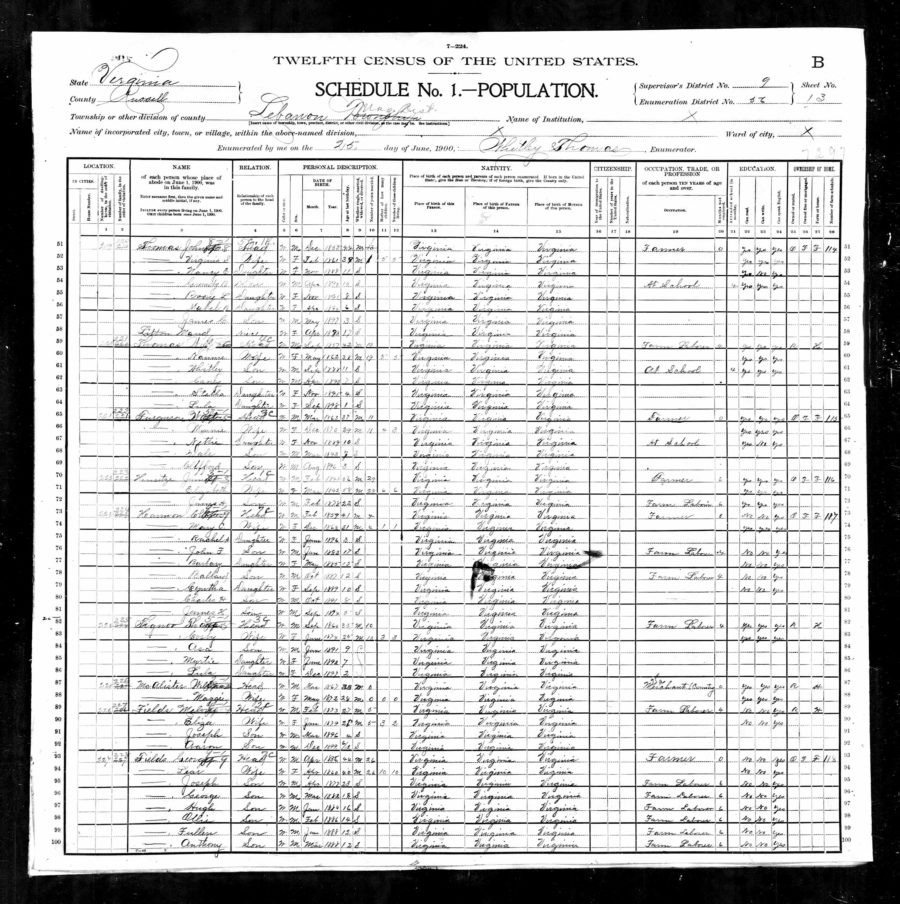 There is a long standing joke among researchers, the census you don’t find, is the one during which the mother-in-law, great aunt or some other ancestor with a great connection-yielding clue, lived with the family. It is true every census can not be located for every family, however many of those “missing” census are not missing, they are incorrectly enumerated, poorly transcribed, wrongly indexed or they have moved to another town or state. Over and over again, painstakingly searching a location page by page or imaginatively searching the indexes, I have found more than my fair share of families. It is more likely single men were missed than an entire family. There are some families that were truly missed by poorly defined or poorly understood enumeration district boundaries….

It is important to remember enumerators, census takers, were paid by the household or person, so it made economic sense for them to count everyone in every house. In fact, some people were enumerated more than once in a census, even in the same area. In the example below, in the 1900 federal population census for Virgina, Russell Co., Lebanon Mag. District, Enumeration District (ed) 56 page 13b line 70 family 223, on 25 June 1900, Whitley Thomas the enumerator, found James J. Henritze, his wife Elizabeth and son James. In the next example, also 1900 Virginia, Russell Co., the Town of Lebanon, ed 57, page 3b line 73 family 56, J. J. Henritze, Elisabeth, Peter Balser (listed as his son, in reality,  his father an 81 year old man), William P. Henritze, James, Martha L. and Thomas were enumerated by Walter E. Alderson on 23 June 1900. If the neighbors were the same or even similar, you could hypothsize an entire road, or stretch of a road, or side of road was duplicated, but the neighbors are different. Perhaps James J. Henritze (or possibly Peter Balsor Henritze) owned or rented a house in town and James also owned or rented a farm outside of Lebanon. I haven’t checked the deeds in Russell Co., Virginia to see if that is the case. For whatever reason, James J. Henritze, his wife Elizabeth and son James are counted twice and his father, Peter Balsor Henritze, and three children; William P., Martha L. and Thomas Henritze would have been missed if Walter E. Alderson had not counted the whole family.