Evaluate the Source: Are Ages in the Census Ever Correct? 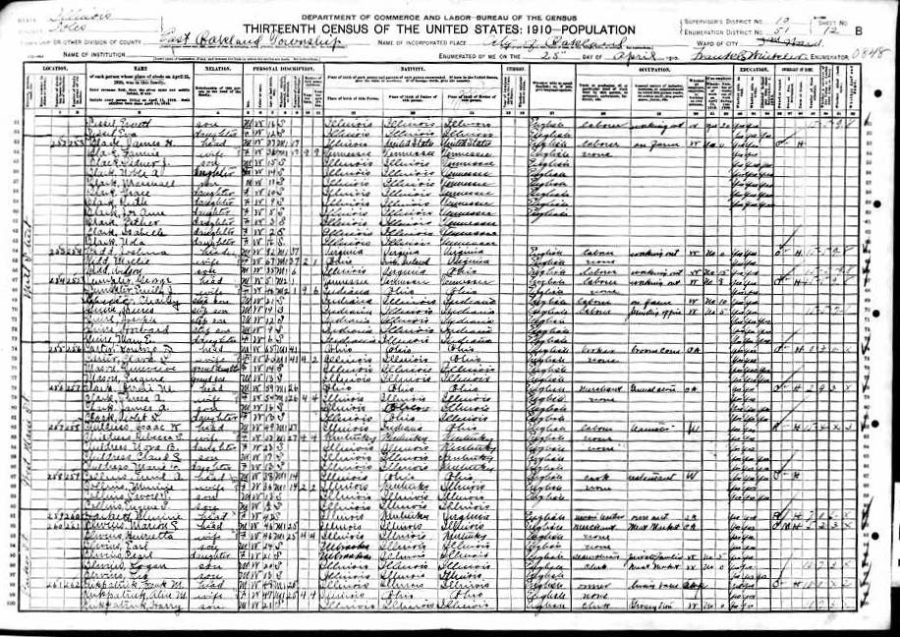 Age Variances in the Federal Census

One common genealogical lament is that the range of age variations among census years make it hard to definitely identify specific people and differentiate them from contemporaries with the same name in the same place.

In 1910 Minnie Hackett a single 42 year old music teacher, head of household, is enumerated renting on Parker St., City of Oakland, Ward 3, East Oakland Twp., Charleston, Coles Co., Illinois. She was born in Illinois, with a father born in Kentucky and a mother born in Virginia…

Which Census is most likely to have the right age?

In 1900, Minnie D. Hackett, a single 34 year old music teacher born in Illinois whose father was born in Ohio and whose mother was born in Virginia, lived on Main St., East Oakland Twp., Coles Co., Illinois.

The 1880 census for the Village of Oakland, Coles Co., Illinois shows Susan A. Hackell (sic should be Hackett) born in Virginia with three of her children all born in Illinois, Susannah E. 31, Minnie I. 19 and Henry T. 21.

Further back one more decade brings up the 1870 census. on page 99/31 family 221 is the Rice Hacket family. Rice is 66 born in Ky, Susannah is 44 born in Va, while the four children including Minnie age 10, were born in Illinois.

The first census in which Minnie I. Hackett appears, the 1860 federal census for Illiniois, Coles Co., East Oakland Twp. lists her as a one year old.

In addition the 1865 Illinois state census has a female child [Minnie] in the 0-9 year category.

Minnie Hackett may have actively misrepresented her age and lied to the enumerators as the decades wore on. She may have looked comparatively young for her age and others may have estimated her age on the low side over and over. Certainly as an unmarried woman in town, she was spared the hardships of childbearing and farming.

The Illinois Deaths and Stillbirths Index, 1916-1947 available from Ancestry.com contains Minnie I. Hackett born Aug. 1859 in Coles Co., died 19 Dec. 1918 in Charleston, Coles Co., Illinois. Age 59, a music teacher, she was buried in Oakland, with Rice Hackett born in Ky her father and Susan Permerstin (sic should be Pemberton) born in Va her mother.