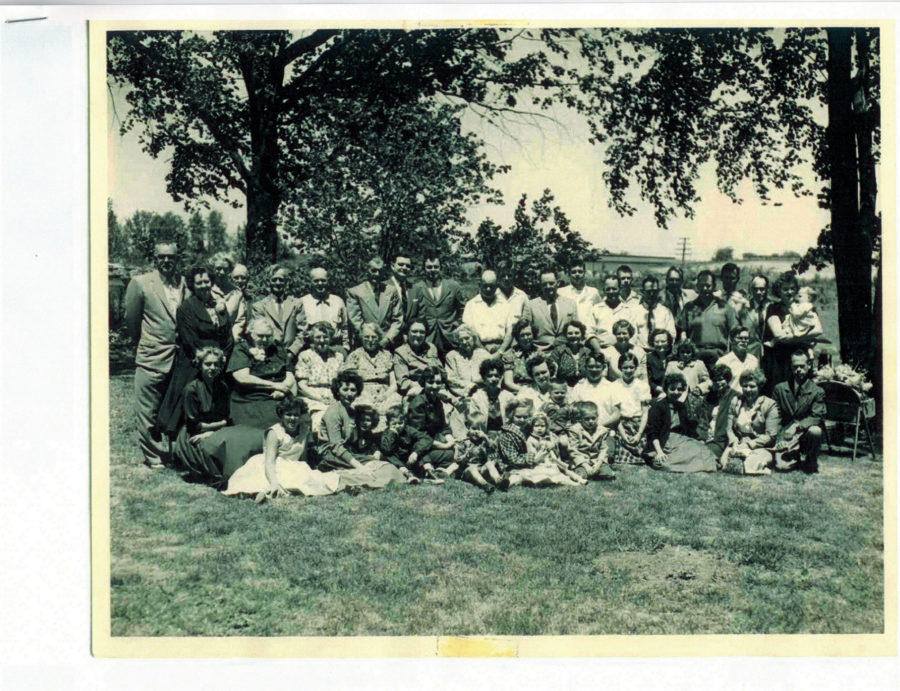 Locate the family groups, identify the babies, check for death dates of grandparents, get a fashion time estimate and reunion photographs will be a cinch to date.

Break it down, who is missing from the photograph? Who ought to be there and isn’t because he died and who would have been there, but wasn’t born yet?

My cousin Mara sent me a photograph of a Breitenstein Reunion in Okolona, Jefferson Co., Kentucky with an estimated date ca. 1958. My guess is either after Easter 1955 or May 1955 from the children involved, marriages which had taken place, and some second guessing with Carl, a cousin who is in the photograph. Easter was April 10th in 1955, if it had been taken on Easter Sunday, the dress code would have been even fancier and there would have been corsages, at least for my grandmother and mother.

Who is Missing from This Breitenstein Reunion?

It is a great picture with loads of brothers, sisters-in-law, children who were first cousins and even a couple children who were second cousins. More importantly, Mara’s mom Dorothy had written some names and groupings on the back. To identify this group from the back and left to right, all Breitensteins except where noted:

What better place to search for great family photos, than the archives of your second cousins!

Previous PostEight of the Nine Breitenstein Brothers
Next PostThank the Photographers