Research, Linked Genealogies, Friends, and the Internet – Part One 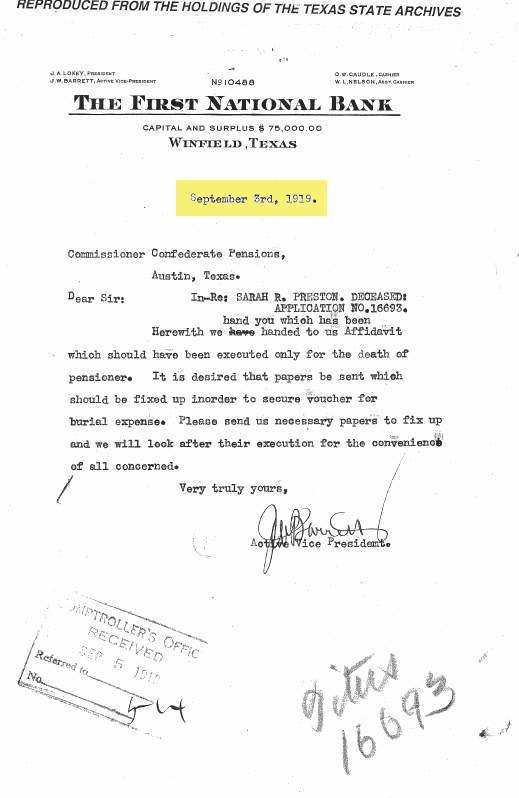 Last Thursday, 1 December 2011, there was an article in the Wall Street Journal about genealogy by Alina Dizek. Like too many of the Journal’s recent articles, it was longer on pictures and shorter on facts than the old WSJ. The title, “Not Your Grandmother’s Genealogy Hobby” was a takeoff of the car slogan, “Not Your Father’s Oldsmobile,” and designed to be catchy. I miss the time when the articles had depth and the paper didn’t remind me of USA Today. That said, the Journal is still my favorite newspaper, as the editing in general is far superior to most other newspapers. The article began discussing the monster of all linked genealogies, geni.com. It didn’t mention the problems caused when these web sites change hands and policies. It described genealogy as a loner’s hobby of old vs. a newer shiny social networking bonanza which struck me as absurd….

Twenty five years ago I found linked genealogies of Pharoah Cobb in John Bennett Boddie’s Southside Virginia Families. I descend from Louisa Buckingham Cobb and Sarah Caswell Cobb and heard stories of their families from my grandmother. I have the portrait of Sarah Caswell Cobb Rutledge from my grandmother. I have those Cobbs lined out from Isle of Wight Co., Virginia to Rocky Mount, Tennessee. There was a mistake in the book, the lines crossed, tangled and perhaps repeated as the number of Pharoah Cobbs was high. I was in my twenties, young and earnestly worried someone would read that book and take it for gospel when there was a tangled line. I was a newbie. The veteran researchers explained there were mistakes everywhere even in published books and even if I found a line back to one of the Signers of the Magna Carta I should still treat those lines as clues because more and more of them were being exposed as faulty by better research all the time. I didn’t know it then, but this man and this woman, were or had been registrars of the SAR and DAR and were in the forefront of requiring better research and documentation, setting aside poorly researched lines. This kind of networking, teaching by example, is invaluable and certainly did not begin with LINKEDIN. I didn’t know there were societies for descendants of everything from the Descendants of the Signers of the Declaration of Independence to the Flagon and Trencher Society, descendants of colonial tavern keepers.

Recently I found a death date of August 1919 for Sarah Narramore Hobbs Preston in more than 50 different linked genealogies on Ancestry.com. Not one of them mentioned a source. Her death does not appear in the Texas statewide death index either on VitalSearch or Ancestry.com. From a letter found in her Texas Confederate Widow’s pension file, Sarah probably died sometime between July 1919 and the first couple days of September 1919, so August 1919 could very well be correct. But I would like to know where any of those 50 different researchers found the date or did one of them make a more specific inference from the same bank letter in the file that I read, and all the rest copied his or her work, or did he or she have different information. If you can’t tell, the source is weak, even though the fact may be correct.

In short, linked genealogies are good for clues but short on facts. It doesn’t matter if they are online or in books, the same problems and shortcomings exist. Starting with the fact that you are using someone’s researh and data and you don’t know how thorough and careful he or she might have been and ending with the fact that using that same research you may have come up with a different conclusion.

The article also referred to Ancestry.com several times as the be all and end all without mentioning it is free in many public libraries, so you don’t have to pay the $155 annual fee. Don’t misunderstand me, I am a member of Ancestry.com and I do pay that fee, but I don’t think beginners should feel obligated or be encouraged to fork over that kind of money until they have spent some time researching. Genealogy can be habit forming and therefore become very expensive if you obtain copies of the significant source material you find. I research from home when the local libraries are not open. However in my repertoire are also the free site, FamilySearch and the free site at home through my local library card, HeritageQuest, neither of which were mentioned much less discussed in this article. The operative word in that sentence being, FREE. Original sources are being digitized in courthouses throughout the country. The Hardin County, Kentucky web site with its digitized content is one of my favorites as is the Register of Wills/Orphan Court of Berks Co., Pennsylvania. Both provide comprehensive access to marriage information. County officials who spearheaded those web sites should be commended, out loud, in print and often. Various state archives and libraries’ web sites have added and keep adding material. Minnesota, Tennessee and West Virginia come to mind.

The genealogical community has been in the forefront of networking, since before personal computers. For the past 25 years genealogists, including many grandparents, have helped me, given me clues, suggestions, and leads on different lines. In addition I have met through the mail, email, web sites and even in person, cousins (or cousins of cousins) from different lines who contribute unknown middle names and marriage places and stories. Most importantly, I have met some wonderful people, research friends, who don’t research the same lines as I do, but have been in the same facilities concurrent with me researching. You could meet them in the National Archives when searching the census, Allen County Public Library in Fort Wayne when going through periodicals, Denver Public Library when delving into books especially county histories, Western Reserve Historical Society when searching through original manuscripts and 100 year old genealogies or in the main LDS library in Salt Lake City when you have time to use the many, many, multiple reels of microfilm.