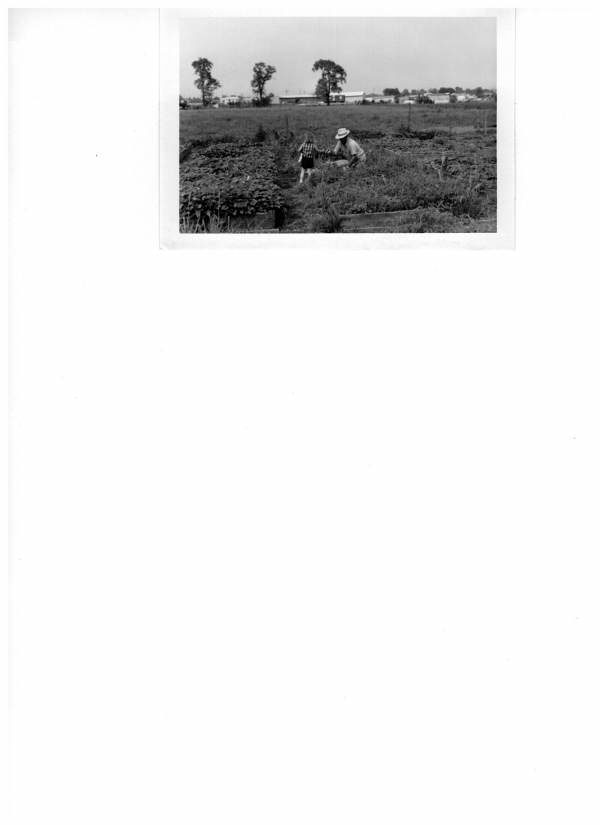 In the last 90 days, I have searched and read the 1940 federal population census for hundreds of families and located thousands of people in multiple states, some indexed, some not.

While Family Search has finished:

But Not My Grandparents

I have come to the tentative but solid conclusion that yes in fact, my grandparents, my mom and my uncle were not counted in the 1940 census. So the Jefferson County, Kentucky total count was short four residents. I have read 15 different enumeration districts (EDs) and used the Ancestry index. They are not there. I await the FamilySearch index project for Kentucky, but I doubt seriously they will be located. I hate to have to admit it, but I think they really were missed.

This picture is of my grandfather farming the hot beds in 1959 with his oldest grandchild watching.

This is the farm depicted on the maps in the blog dated 1 May 2012. I think the houses in the background are from the subdivision to the west of the farm just north of Evergreen Cemetery, but I am not certain.