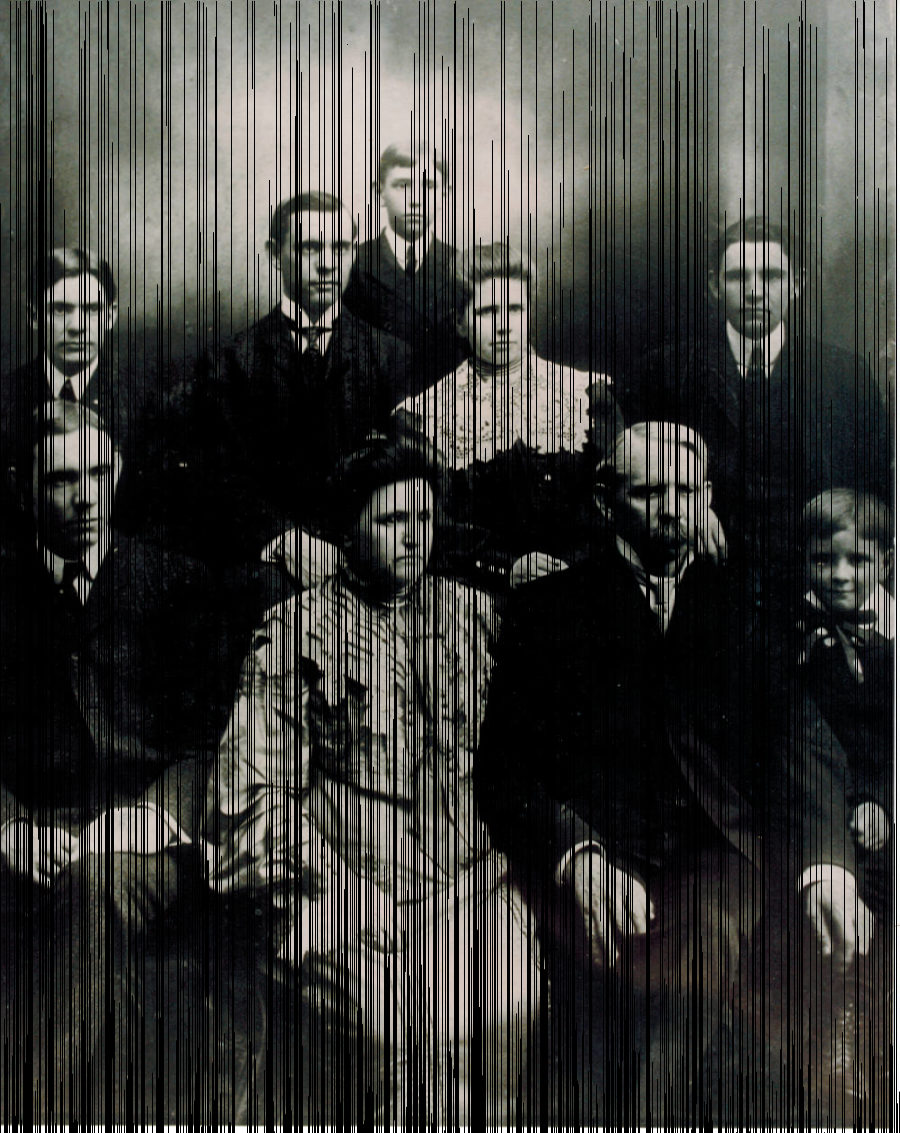 My dad’s cousin, Dave, sent me some photographs in 1991 of various parts of the T. L. Henritze family, his first four sons, some of his in-laws and a Christmas shot taken in 1906 in Welch, West Va.

One of these photographs was a family picture of T. L. Henritze’s blended family that year, his first four sons, his wife, and his last three children.

James Parker, your grandpa’s grandpa is over on the far left side, the youngest one in the picture!