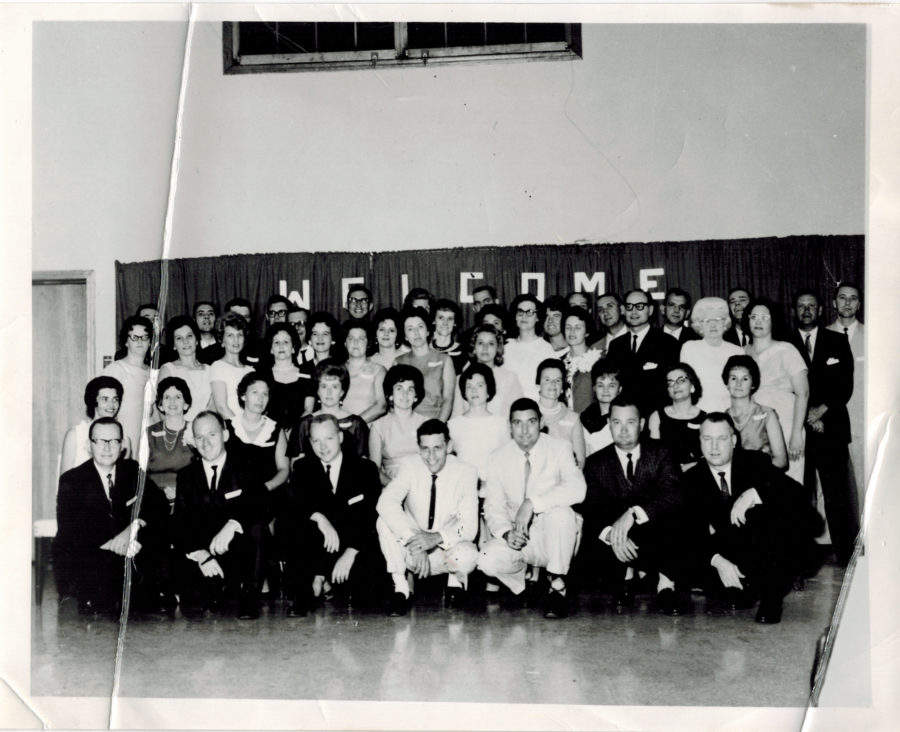 Yet Another Unlabeled Group Photograph

Whispering Hills Country Club was the site of the 15th Reunion of the Oklolona Class of 1950 held 19 June 1965. I know that, not because my parents went, ate, danced, and visited, but because they didn’t, so my grandmother sent a photograph of the event to my mom, along with the clipping from the newspaper.

A list of the graduates who attended by row includes:

As many times as I have counted, there are 48 people in this photo. I have no way of knowing which 47 names I have and which one is missing. There are two men’s names in the third row and I only see one man. The last row seems fine at first and then gets a little higgledy piggledy, with way too many of faces obscured on the right hand side.

I would bet that all of those 47 names could be attached to one of the people in the photograph, and while I don’t know who isn’t listed, my feeling is the back two rows are suspect.