WWII Ration Books at Christmas- Start With What You Know 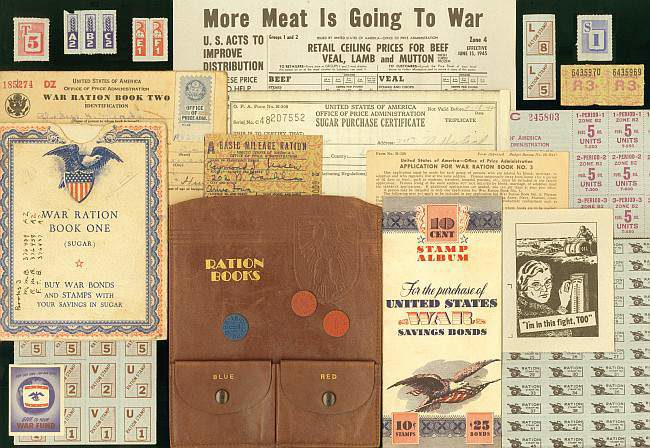 Start with what you know. Research from known to unknown proving each link along the way. Interview living members of the family (over and over again) asking specific questions and other times just for a free flow of memories. Try not to suggest a specific date, let the memories work.

“When I was 10 we had ration books during the war” could mean anytime from 1942 to 1945 and even through to 1947 when sugar rationing ended. If you want to extrapolate a birth year from that, 1932-1937, could all be possible. “I was ten when we got ration books” leads to a different answer. It’s important to listen carefully and write down exactly the words you hear and ask why or what makes you remember that. It could lead to a story about a birthday cake for a sibling or cousins or another relative or special shoe shopping expedition or a combining of stamps or another reminisce about a different shopping trip trying to make Christmas dinner work for an extended family with no butter. The possibilities are endless, just ask. What better way to hear about family gatherings in the 1940s than with a spur of “Do you remember rationing and ration books during the war?”…

The Ames Historical Society of Iowa has a nice exihibit about rationing up on their web site as does the GenealogyToday web site. I have some ration books from a family outside Louisville, Kentucky. What do the ration books your family saved look like? Scan, email and compare them. If you can’t get your hands on the books, try to type up the stories.

For an entire generation, World War II was a defining time, a coming of age for the greatest generation. Unlike the war in Afgahnistan today, World War II touched everyone some how, some way. The memories that flood in from that time are important to your family history. Listen to them, record them, capture them. Use those memories as a spring board for other family history stories. Start with what you know. Christmas is a good time to explore some of those memories.

Previous PostStart With What You Know
Next PostIt's All About Migration - Washington State D...